Some people plot their novels at great length before they start to write, some don’t seem to do it at all. I’ve always been an enthusiastic pre-plotter, mainly because whenever I’ve tried to write a book without a detailed plot it has fallen into a big hole that I couldn’t dig myself out of. And besides, not having a good solid structure makes me way too anxious.

But I’m just discovering the benefits of plotting halfway through the process, rather than at the beginning.

I’ve said before that I’m writing the first Bodyguards book differently from anything I’ve ever done before. I did a bit of plotting before I started, but that soon gave way to writing the discovery draft, which has been a lot of fun.

Now however, I have to make sense of that draft, which is a hodgepodge of half-cooked ideas and less-than-half-cooked characters.

This is where the mid-way plotting comes in. And the new toy.

Up till now, I’ve either plotted by hand in my notebooks, or used Word, neither of which are much good. But now I have Curio!

I’ve been playing with this very nice bit of software for the last couple of days, making collages for my main characters. Here’s the one I did for Duckling: 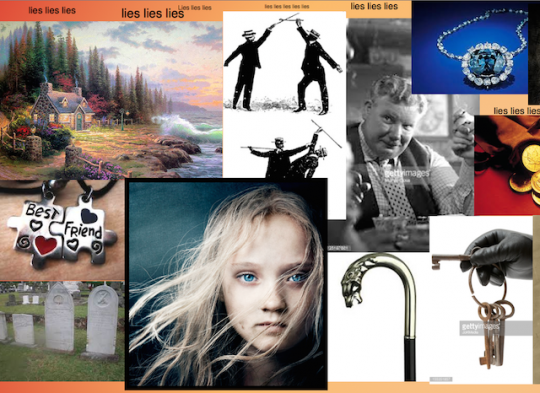 And here’s the beginning of the plot: 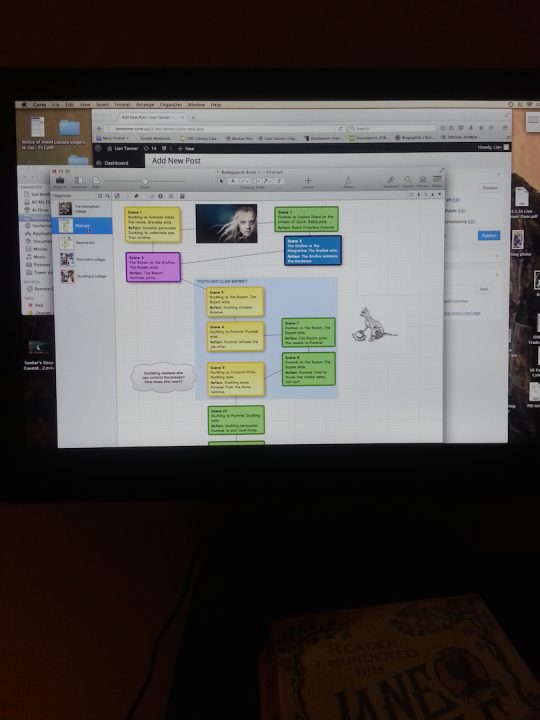 [Notice how I very cunningly took a photo of this rather than a screenshot, so you can’t see the details. 😉 ]

What I love about this is that I can colour-code the main characters, place them to one side if they’re by themselves or in the middle if they’re together, add ideas and pictures around the edges, and probably dozens of other things I haven’t discovered yet. Way better than anything I can do with a notebook or Word.

So I’m going to spend this week plotting. And getting my voice back.

Yes, I’ve been completely voiceless for the last week – couldn’t even squeak – which was an interesting experience. Apparently when you lose your voice that badly you’re not supposed to even whisper, because it puts too much of a strain on your larynx.

So I was reduced to signs. 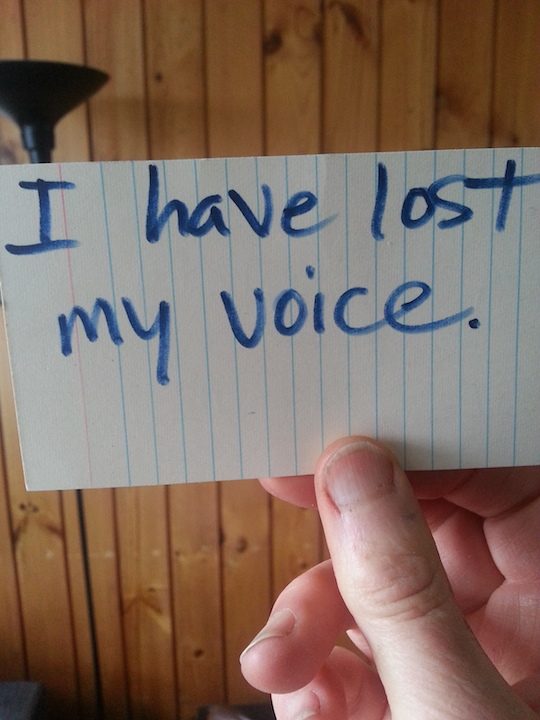 Thanks to the internet the whole thing wasn’t too awful; I could still email people and use facebook, so didn’t feel as isolated as I would have done otherwise. And when someone left a voice message on my phone, I could email a friend and ask them to ring the caller for me.

Now I can talk again – very quietly and not for very long before my voice starts to disappear again. But I am definitely getting better, which is just as well, because I’ve got some workshops coming up in a few weeks.