A play or a novel?

I was having lunch with some friends a couple of weeks ago, and they asked me how the new book was going.

It’s always a tricky question to answer, and depending on the day or the hour I might smile and say, ‘Pretty good’, or fall on the floor sobbing.

On this particular day, though, I said something like, ‘I’ve just finished rewriting the first act.’

They looked startled. ‘Is it a play?’ they said. ‘We thought it was a book.’

So I explained about the three- (or four-) act structure.

When I was in my early forties, I wrote a few plays for Terrapin Puppet Theatre, in Hobart. Several were for kids, one was for adults. 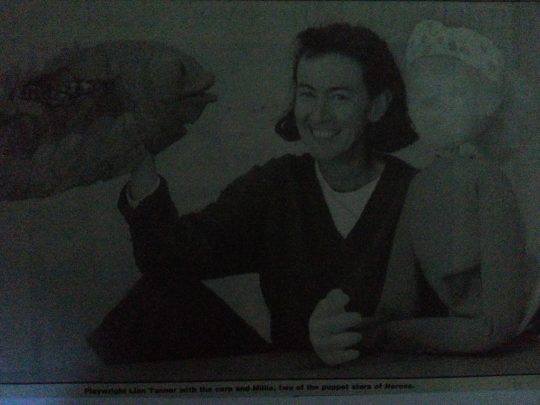 An ancient newspaper photo of me (!) with a couple of the puppets from Heroes. Unfortunately this pic doesn’t even begin to do them justice. They were made by the brilliant Greg Methe, and were stunningly beautiful.

My first play for Terrapin was Heroes, and when I started to write it I knew nothing about the craft of writing.

The biggest part of nothing that I knew nothing about was structure. I had a vague idea in the back of my head that such a thing existed, but that was it. It was a mystery and I didn’t even know where to start looking for it.

Then a friend recommended a book called Making a Good Script Great, by Linda Seger, which talked about the three-act structure. Seger’s book was written for film scripts, but the ideas worked fine for puppetry, and when I started writing novels, I discovered (as many writers had done before me), that they worked there too. 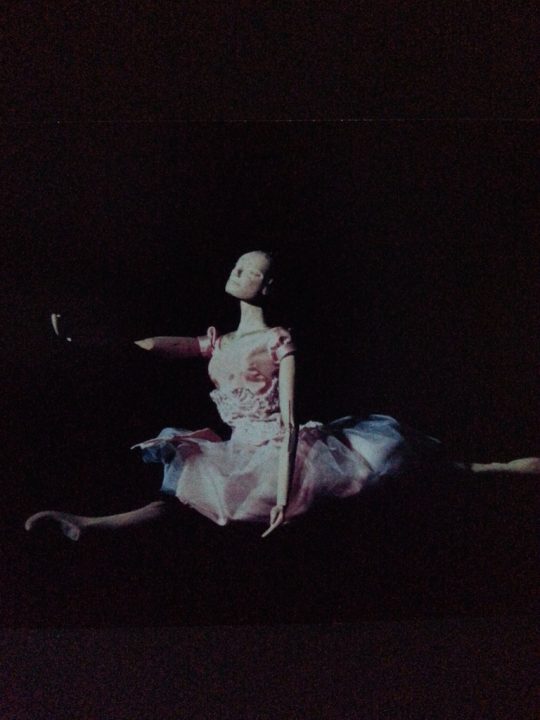 This ballerina is from the adult piece, ‘Corpus Nullius’, and was also made by Greg Methe.

You see, the three-act structure is really about good timing – how to shape a novel (or a play or a film) to keep the reader (or viewer) interested. It’s about high points and low points, and how you need something to happen at the beginning (to get the story started), and some nice big turning points in the middle (to send it in unexpected directions), and something even bigger at the end, for the climax. It’s been a part of story-telling for hundreds of years, from Greek tragedy to tv movie-of-the-week. 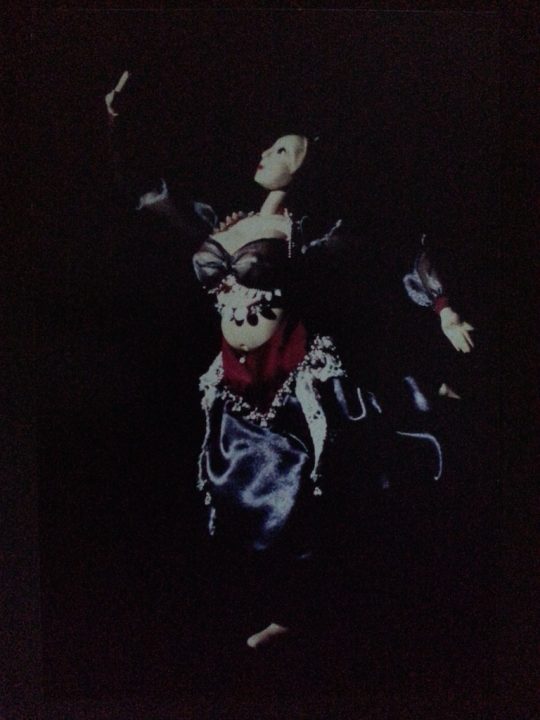 Another exquisite puppet from ‘Corpus Nullius’ – this one a belly dancer.

Fifty years ago, this structure was really obvious in stage plays, because the curtain would come down at the end of an act, and everyone in the audience would go out and get a beer or a wine or a coffee. Stage plays don’t work like that any more, but the three-act structure is still there, tucked away inside what you see.

And it’s there in novels too. Or at least, in a lot of novels. And definitely in mine.

This is one of the things I love most about writing – that it’s a mixture of art and craft. You need both, and you can keep learning the craft side for the rest of your life, and never get bored. 🙂