Back to the new series

I’ve been reading a book of Terry Pratchett’s non-fiction – mostly short articles that he wrote for magazines or as introductions to anthologies etc. In a piece called ‘Paperback Writer’ he says:

‘Once you’re tuned in on the next book, research comes and kicks your door down. Something is casually mentioned on TV. A book about something else throws out a historical fact that, right at this moment, you really need to know. You sit down to dinner next to an ambassador who is happy to chat about the legal questions that arise when a murder is committed in an embassy and the murderer flees outside, i.e., technically into another country, and the plot gulps down this tidbit.’

I forget this with every new book. I set out to find particular information, then suddenly discover that slightly different information has set out to find me – and it’s much more interesting than what I was originally looking for. So now I’ve got my New Book Notebook (it doesn’t have anything approaching a title yet) perched in a conspicuous spot in my living room so that I can scribble stuff down whenever it strikes me (or kicks the door in). When I go out in the car I sit it on the passenger seat, and stop every few kilometres to scribble stuff down. (My journeys are slow when I’m in this mode.)

I received more treats this week, but this time they came via email from Andrew Smee, who’s a teacher at Kangaroo Valley Public School in NSW. They’ve been reading Ice Breaker, and a while back the kids did their own cross sections of the ship. Now Andrew writes:

‘We were discussing comic book writing features as a stylised text type so we came up with an activity for the class featuring Fin… well a decent look-alike based on the cover art. Here are a couple of examples: 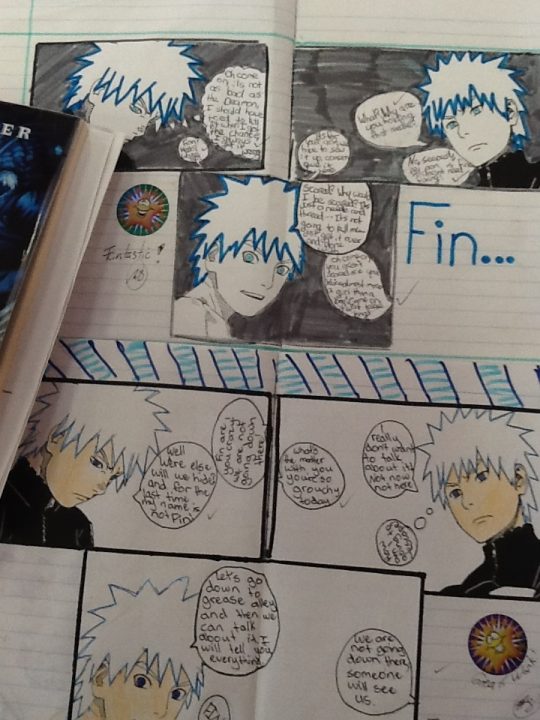 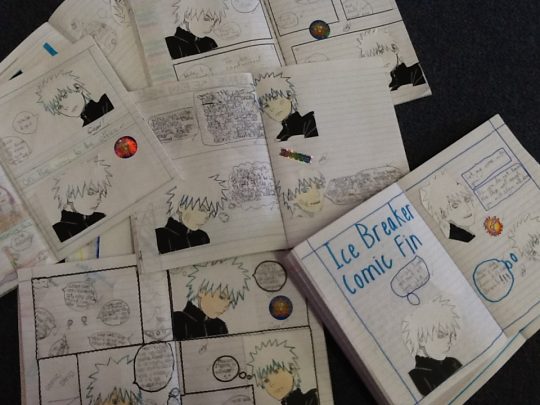 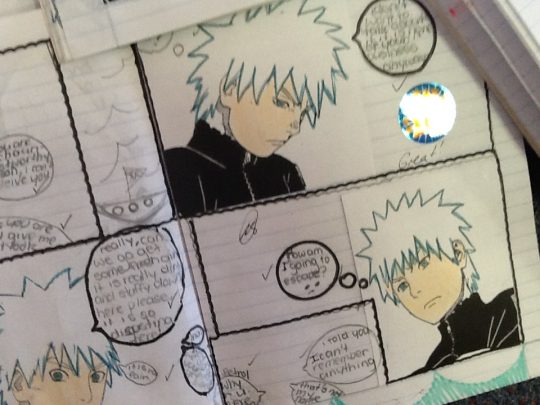 Isn’t this a great idea? When I get round to having another competition, I might make it a comic strip.

But for now, I have to go and see who’s kicking my front door …

1 thought on “Back to the new series”