Fans of Lian Tanner’s bestselling fantasy adventure series, The Keepers, will delight in her new trilogy, The Rogues, set in the same richly imagined world.

–Natalie Platten, Readings
< Back to all books 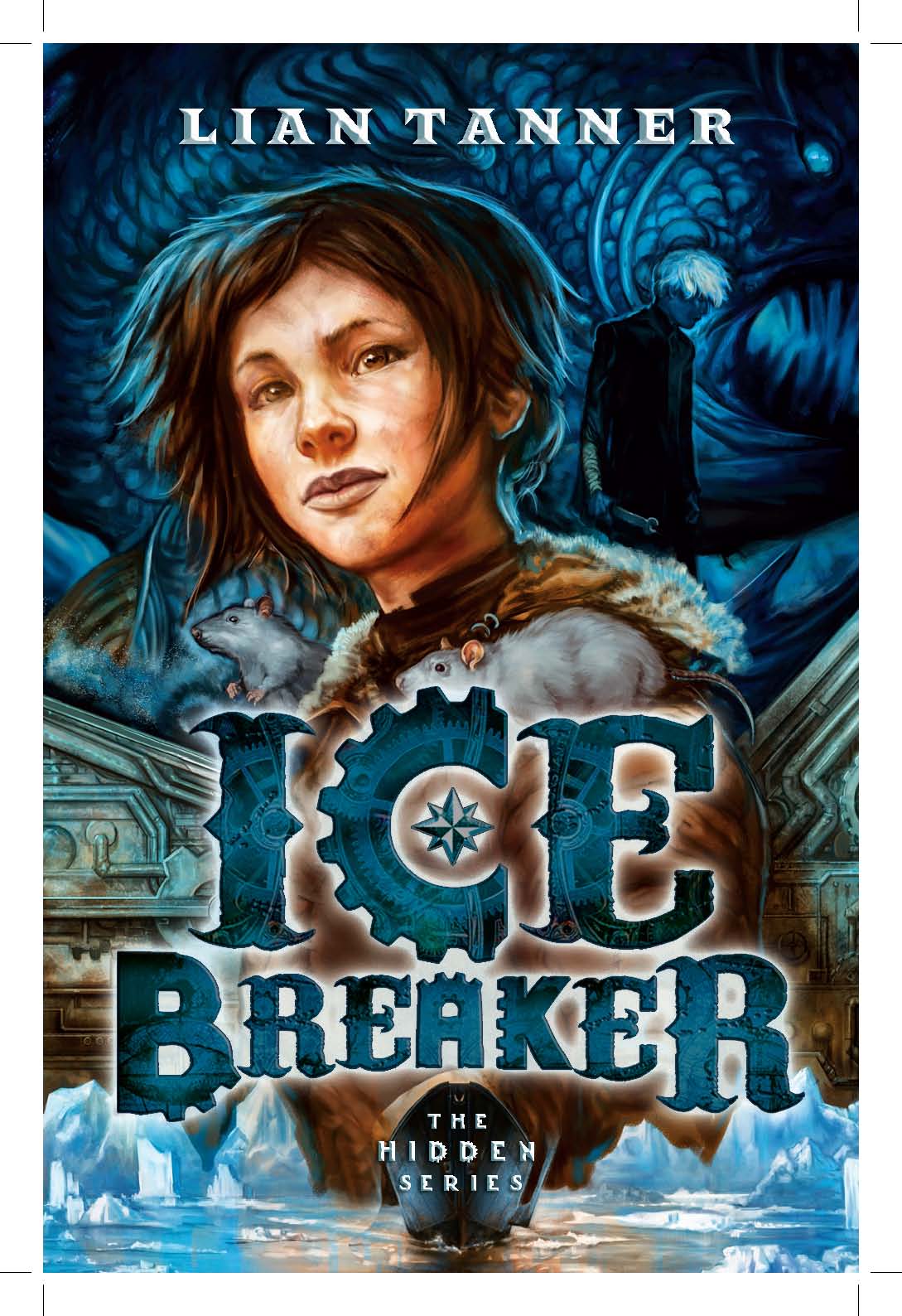 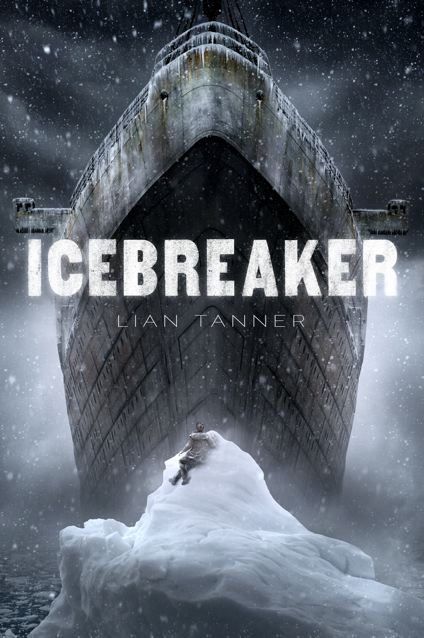 A Notable Book for Younger Readers in the 2014 CBCA Awards

‘Petrel leaned on the rail, watching the ice cave and stamping her feet for warmth. The berg came closer. That’s when she saw him. Laid out on the ice like a dead fish, with a scattering of snow covering his face. A boy, where there should have been nothing but the memory of winter. A frozen boy.’

Twelve-year-old Petrel is an outcast, the lowest of the low on an ancient icebreaker that has been following the same course for three hundred years. In that time, the ship’s crew has forgotten its original purpose and broken into three warring tribes, the Cooks, the Officers and the Engineers. Everyone has a tribe except Petrel, whose parents committed such a terrible crime that they were thrown overboard, and their daughter ostracised.

But Petrel is a survivor. She lives in the dark corners of the ship, trusting no one, speaking to no one except two large grey rats, Mister Smoke and Missus Slink. That is, until a boy is discovered, frozen on an iceberg, and brought onto the ship. No one knows where he has come from, and when he recovers consciousness he claims to have forgotten even his name. The tribes don’t trust strangers; they haven’t seen one for three hundred years. But Petrel saves him and hides him away in the forgotten corners of the ship, hoping he will be her friend.

What she doesn’t know is that for the last three hundred years, the ship has been guarding a secret. A secret that could change the world. A secret that the boy has been sent to destroy, along with the ship and everyone on it.

‘This new trilogy will bait readers with its intriguing premise, hook them with its starkly beautiful setting, and reel them in with its fascinating characters. While others look toward the revival of technology to save them, Petrel’s humanity in the face of brutal ideology makes her the perfect heroine. Two talking ship’s rats make splendid companions for Petrel; Tanner’s knack with vivid names and textured dialect help to complete the intriguing worldbuilding. An artfully crafted adventure that’s equal parts thought-provoking and thrilling.’

‘The world of Ice Breaker is wonderfully realised: the clanking engines, rusted walkways and icy upper decks of the ship make for vivid settings. There is suspense and danger, and the characterisation is very human and ultimately moving … The first in a new series, Ice Breaker should appeal to middle- and upper-primary readers who love adventure, suspense and strange worlds.’

Four and a half stars, Australian Bookseller and Publisher, Sept 2013 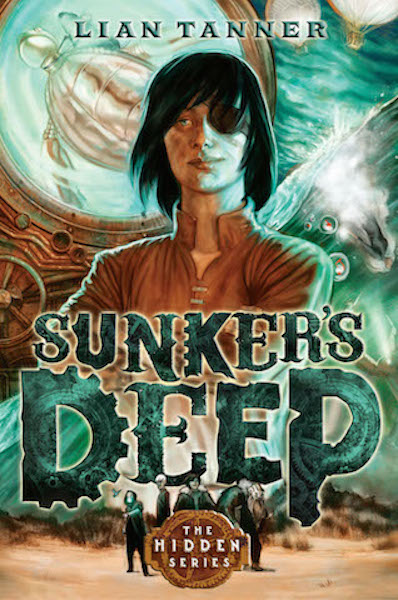 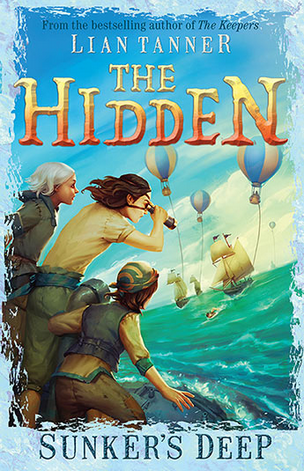 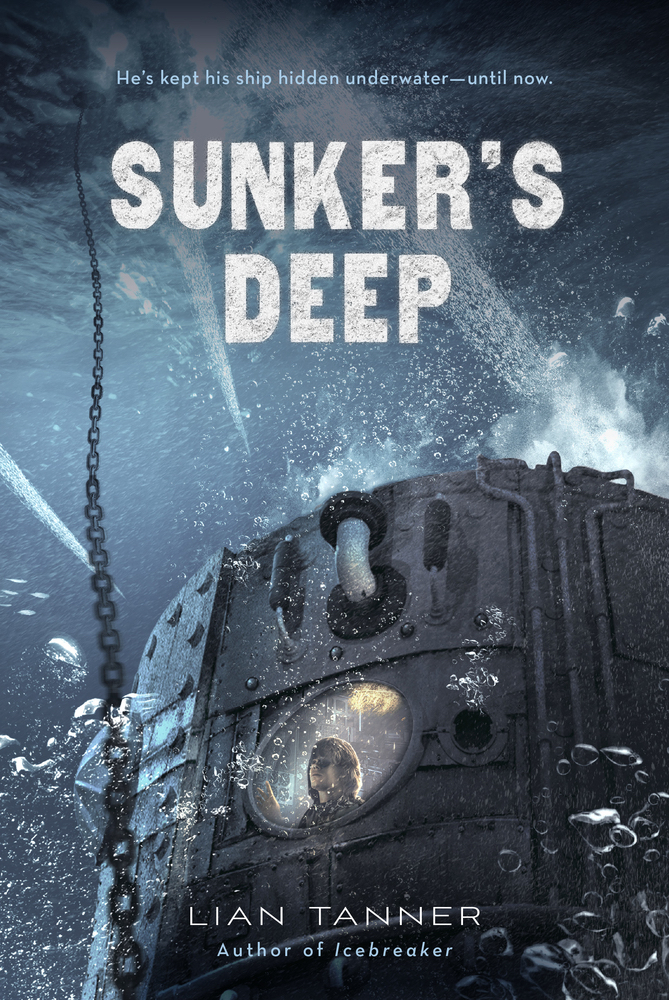 Shortlisted for the 2014 Aurealis Award for Children’s fiction

A finalist in K-Zone and Total Girl’s Toy of the Year Awards: ‘Boy Books’ category

Sharkey was born on a fortunate tide, and everyone on the giant submersible Rampart knows it. He’s a hero, a future admiral, beloved by the ancestors. The trouble is, it’s all based on a lie, and now Sharkey is thirteen, the whole thing has begun to fall apart. He’s been a fake hero for years, but when tragedy strikes, he must become a real one. And he has no idea how to go about it.

Meanwhile above water, Petrel, Fin and the crew of the Oyster are on a mission to defeat the Devouts and bring knowledge back to the world, a mission they have no idea how to carry out. When the Captain of the Oyster comes up with a plan, Fin and Petrel have no choice but to accompany him – no matter how ridiculous or how dangerous the plan seems.

Can the Sunkers and the Ice Breakers put aside their differences and work together? Or will the Devouts finally catch up with them all?

‘Tanner skillfully weaves the three plotlines together in a tense narrative that not only explores the characters’ often conflicting motives but keeps pages turning. Solid structure parallels key elements from the first volume and clearly lays the groundwork for the next book … As the previous book was Petrel’s tale, this installment belongs to Sharkey, whose growth from false bravado to true heroism makes him a compelling central character. Suspenseful and thought provoking, this offering stresses the importance of education and knowledge as weapons against fear and tyranny. VERDICT Readers unfamiliar with the first novel may have trouble keeping track of the many characters and alternating perspectives, but fans will relish this return adventure.’

‘Lian Tanner is a master storyteller. She weaves complex, high action tales that are easy to read and always fast moving and her fantasy worlds are so detailed, they are completely believable. Like all of Lian Tanner’s stories, I just couldn’t put Sunker’s Deep down.’ 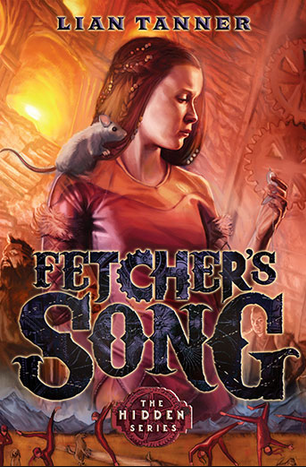 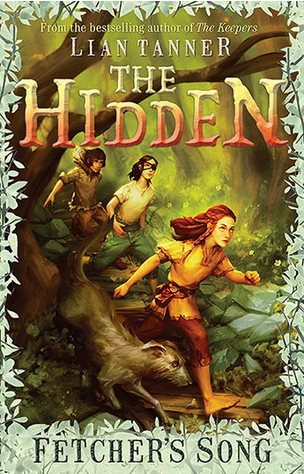 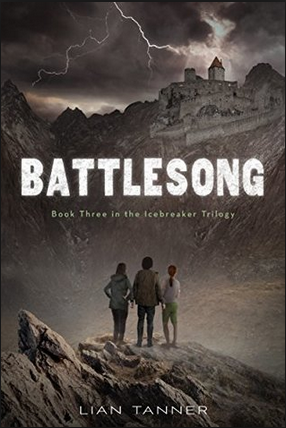 ‘The verses dried up in Gwin’s mouth. Papa put down his fiddle. Nat looked defiant, though he was trembling, too.

One by one, three wild mountain men stepped off the rope ladder and into the cave.’

Gwin is a Fetcher. With her papa and twin brother, Nat, she travels West Norn, bringing joy to its downtrodden people through song and story. But ever since Mama died, it’s been hard to keep the joy alive.

Proud and defiant, Fetchers have always been hunted by the Devouts for preserving the old ways. So when devious Brother Poosk captures Papa, Gwin must rescue him – whatever the cost.

Meanwhile, the Oyster’s crew and the Sunkers lay siege to the Citadel. But without their Sleeping Captain, can they ever win against the ruthless Devouts? Can Petrel, Fin, Sharkey and Rain ever bring light back to such a dark world?

The thrilling conclusion to The Hidden Series.

‘This title is a tour de force of Tanner’s brilliant mastery of the genre and will delight fantasy enthusiasts at the upper end of the age spectrum.‘

Jenni Connor, Reading Time, the magazine of the Children’s Book Council of Australia.