In the late 1800s and early 1900s, in Germany and Austria, a duelling scar was seen as a badge of honour and courage. It was also called a ‘bragging scar’. 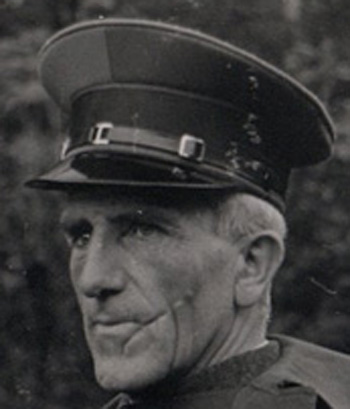 What a lot of people don’t realise is that this is still happening. Groups of young men, usually students, face each other with razor-sharp blades, determined to come out of the fight with one of those honourable scars. It’s happening in Berlin. It’s happening in Tasmania. I have proof. 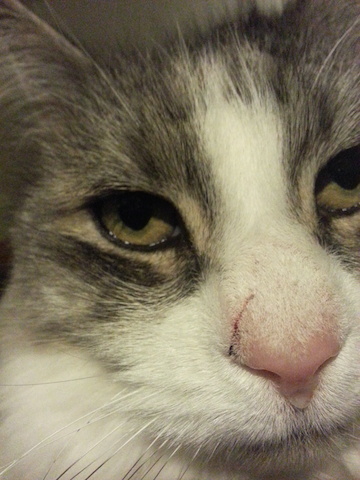 Yes, Harry came home last night with a bragging scar. I was appalled. He was smug. I have no idea how his opponent is faring.

Apart from the whole duelling thing, it’s been a strange week. For the first couple of days the book was coming along so slowly that I almost fell asleep at the computer. I felt stuck. I felt as if the story needed to break out in some way. Take a heroic leap. Spring from the very top diving board with amazing and unlikely grace, then do a double flip in mid air and hit the pool, just as everyone watching thinks it’s going to go splat on the concrete.

So I arranged for Lord Rump to get kidnapped.

Lord Rump was dreaming of slommerkins, those terrifying creatures that once roamed the coastal plains of Faroona.

He had never actually seen a slommerkin, of course, because they had been extinct for at least three hundred years. But when he was a small boy, half-starved and living on the streets of Lawe, someone had told him about them.

They had roamed through his nightmares ever since.

He dreamed that he was being chased, and that when the slommerkin caught him – which it would do very soon – it would roll on him to soften him up. Then it would eat him.

‘Help!’ he cried, in a voice that sounded far more like a homeless boy than an old man. ‘No! Please! Heeeeelp!’

To his relief, that last cry woke him. He lay there for a moment, thinking that he was in his bed in the back streets of Quick, and that he must have been eating oysters, which nearly always brought bad dreams.

I must give them up, he told himself. Though I do love them.

But when he opened his eyes, he discovered that he wasn’t in bed at all. He was lying fully dressed across a table, in a room he had never seen before. Scraps of closely written parchment were scattered across his chest and belly.

He was very cold.

So that got things moving again. 🙂

And to top it off, it rained! Yes, really. Rain, that mythical substance that no Tasmanian child under the age of six months has ever seen. What’s more, it rained for a whole day, and a bit of the next, with a gorgeous sunrise in between. ‘Red sky in the morning, shepherd’s warning.’ 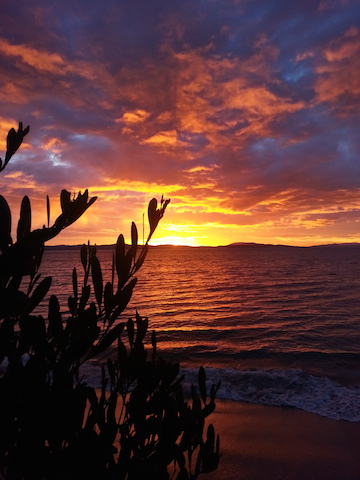