I realised at the beginning of this week that I’ve got four books on the go. Which is occasionally confusing, but mostly enjoyable.

Here are the notebooks for each one, in order, top to bottom. (Notice how I have cunningly positioned them so you can’t see more than a snippet of the working titles of X and Y.) 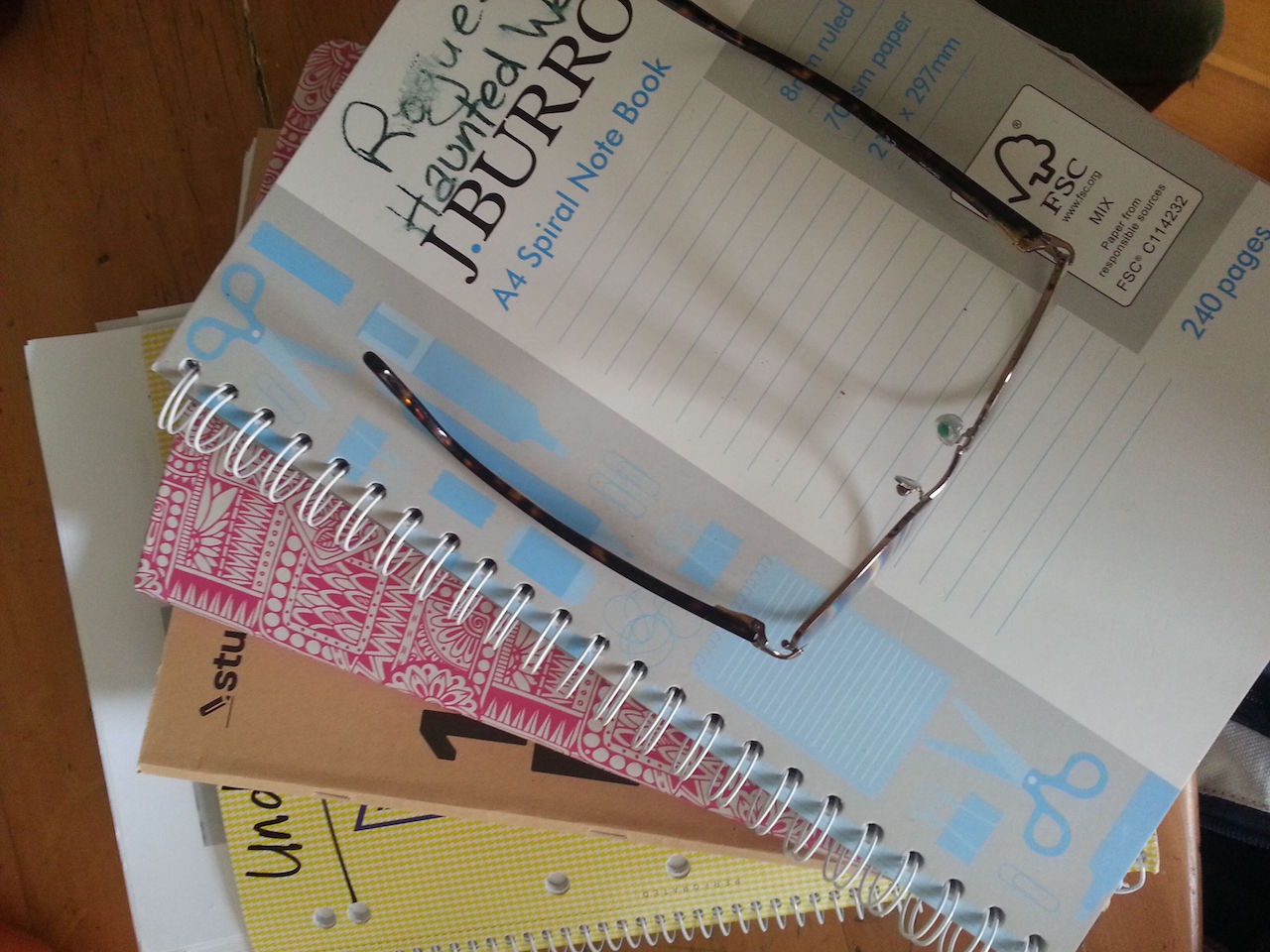 It’s a weird thing, plotting. It’s hard to just sit down and do it, because it depends on inspiration and ideas and other nebulous things. So I find it a bit frustrating. Because I like to come out of the morning feeling as if I’ve really achieved something.

And that just hasn’t been happening with Secret Project Y. I pretty much know what happens in the first act, and about half of that is written already. I think I’ve got most of the second act sorted out – in terms of plot, not actual writing.

But the third act is being stubborn. And the fourth act is a total mess. Which means I’m flitting between notebooks and butcher’s paper and anything else that might come in handy, and going for lots of walks, and staring into space with a vacant expression.

But I learnt something interesting last week – what works best is to sneak up on it. Halfway through the afternoon, maybe. Or after dinner. Just a half hour here and there, rather than trying to fit it into a morning’s work.

So that’s what I’m doing this week. Sneaking.