It’s been a good week for surprises. For a start, it snowed. Right down in the middle of Hobart. Everyone woke up with their gardens covered in white, and spent the day exchanging photos to prove it. It even snowed at Lauderdale, which it has only done once before in the 25 years I’ve lived here. 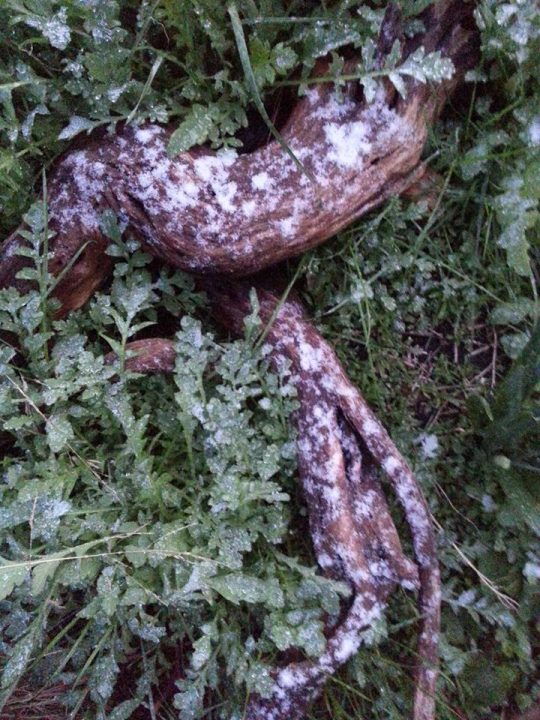 I know that this is very pathetic in terms of snow (I had to hunt around the garden to find it). But still, this is Lauderdale, right by the sea and always a couple of degrees warmer than Hobart, so I was impressed, even if no one else was. 🙂

Kunanyi/Mt Wellington has looked amazingly beautiful all week, and yesterday I saw several cars with snow piled up on their bonnets – this is compulsory in Hobart if you go up kunanyi. You HAVE to pile snow on your bonnet before you drive down again. It’s the Law. 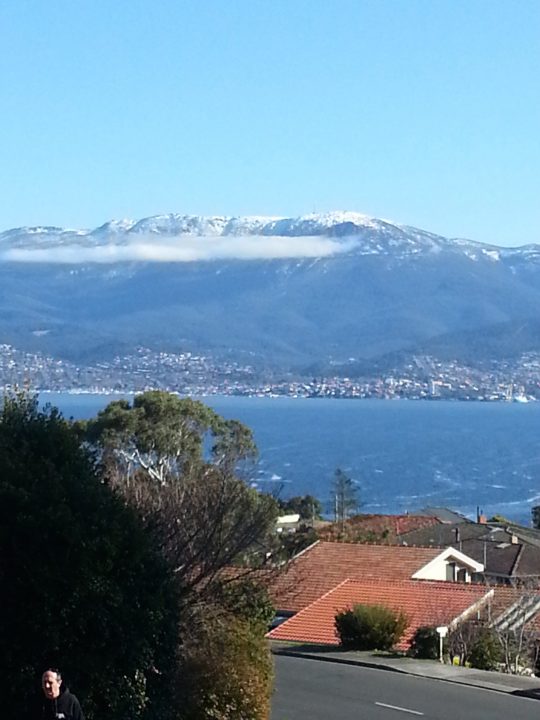 The rest of the week was all about copyediting – the surprise here was that I’d forgotten I had to do it. 🙁 I’d put it aside for a couple of weeks to get a bit of distance from it, but time’s a-rushing on and I had to go back to it for one last run through. More cutting-of-useless-words-that-are-weighing-down-scenes-without-adding-anything. More trying-to-get-the-conflict-right. I’m aiming to get this finished by the end of the week (or early next week), and sent back to my editor. Then I can resume pottering around the new series, which I’ve been enjoying. Plus working out what I’m going to say about structural editing when I talk to the Society of Editors in a couple of weeks.

Speaking of time rushing, have you noticed how things speed up as soon as we get to the months ending in -ember? The year seems to prance along quite reasonably, then suddenly it feels as if we’re at the top of a hill and swooping down towards Christmas. I’m sure it will happen again this year, which means I need to get a move on with the daydreaming and the pottering.

After the snow and the resumption of copyediting came the post, bringing the Spanish edition of Museum of Thieves. El Museo do los Ladrones. And it’s got a different cover from all the other editions I’ve seen, which makes it extra special. 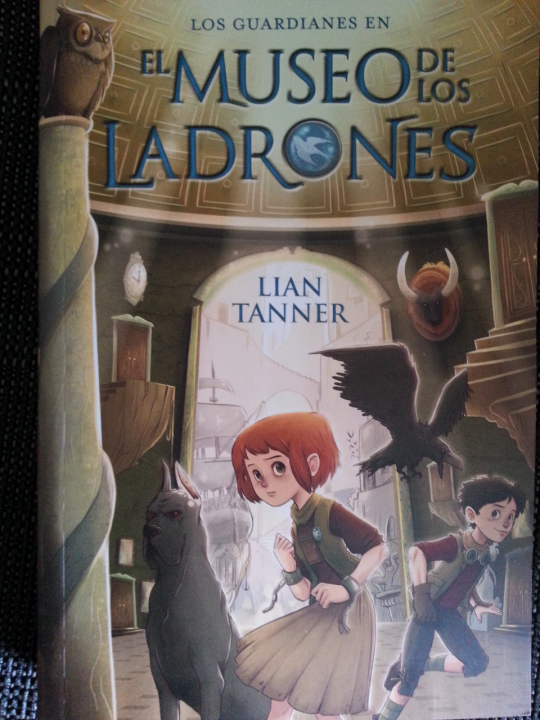 It’s also got new character pictures, which I love – though the decisions they’ve made over the names is curious. Some of them have stayed the same – like Goldie and Sinew, Herro Dan and Olga Ciavolga. But Bonnie has become ‘Linda’ and Toadspit is now ‘Flemo’. I looked it up in Google Translate, thinking it must mean something a bit gross, like Toadspit. But what it appears to mean is – um – Flemo.

Next surprise was the Polish edition of City of Lies. Same cover as the Australian one, but nice to see all the same. The Polish translator is the one who contacted me with dozens of questions about the character names and the place names and various other things, so I wouldn’t be surprised if this was the best translation of all. 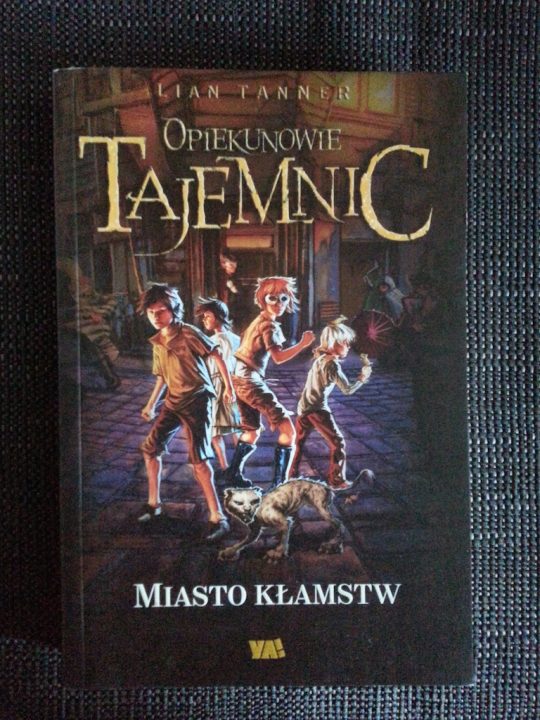 And last but definitely not least, my second chook Clara has started laying again. She’s been moulting for a while, but now that seems to be over, and I’m occasionally getting two eggs a day, which is very nice. She hasn’t quite figured out her routine yet, of course. Sometimes she lays in the middle of night, without getting down from her perch. Luckily there’s straw underneath her so the eggs usually survive. 🙂

By the way, you can now subscribe to this blog by entering your email address in the little box – to the side if you’re on a computer, right down the bottom if you’re on a phone. I usually update it every weekend, so if you go a few weekends without getting a post, check that your computer/phone isn’t blocking it. Sometimes it gets mistaken for spam – which I’m sure is wildly insulting!