What makes for a good week’s writing?

I’ve been asking myself this question for the last couple of days without coming up with a clear-cut answer. But I finished last week feeling so pleased with myself that I’m still asking it. Mainly because I’d love this coming week to be just as good. 🙂

I think it’s mostly to do with the way I’m writing this book. With all my books up until now I’ve worked out a rough plot first, then written a very quick discovery draft. And only then have I gone back and sorted out motivations and other important things.

That didn’t quite happen with this book. I got frustrated writing the quick discovery draft and started to dig deeper – turning it into a slooooow discovery draft. And I’m finding it hugely satisfying. I think the main difference is that I’ve got time to really think about character motivations – why everyone is behaving the way they are. And where the conflict is and what they’re going to do next.

Sometimes the things they decide to do surprise me, and I do a double-take and think, ‘Okaaay. I’m not sure where this is going, but I’m willing to try it.’ Those often turn out to be the best bits.

The other thing that helps is not losing momentum. It’s way too easy to get sucked in by a bit of research or suchlike and waste half a morning.

So for example, in the following section, I didn’t want to get hung up on exactly what sort of astonishing things Grandda had seen in the last three years, because that would have slowed me down too much, just when I was discovering some intriguing things. I chucked in some reminders in ALL CAPS, and kept going – so this is what the text looks like at the moment:

When he was shocked, Duckling’s grandda looked remarkably like a guinea pig.

It didn’t happen very often. In the last three years alone, Grandda had witnessed three (ASTONISHING EVENTS), two (EVEN MORE ASTONISHING EVENTS) and an assassination without so much as raising an eyebrow. He was the most unshockable person Duckling had ever met.

But he was shocked now. His eyes bulged. His mouth quivered. His whiskers looked as if they were trying to escape from his chin.

Duckling skidded to a halt in the middle of the room. I’m too late. Pummel’s told him.

No, she realised. It’s even worse. He’s shown him!

Pummel leaned against an armchair, still catching his balance. His nose was bleeding. His face was white. He had that not-quite-sure-where-I-am look about him.

I’ve got to get him out of here, thought Duckling. And stop him making any promises to Grandda.

I’ll sort out exactly what those ASTONISHING EVENTS were in the next draft, but right now they don’t matter. Far more important is how Duckling is going to get Pummel out of the room, and what Grandda is going to do, now that he has seen what Pummel is capable of. 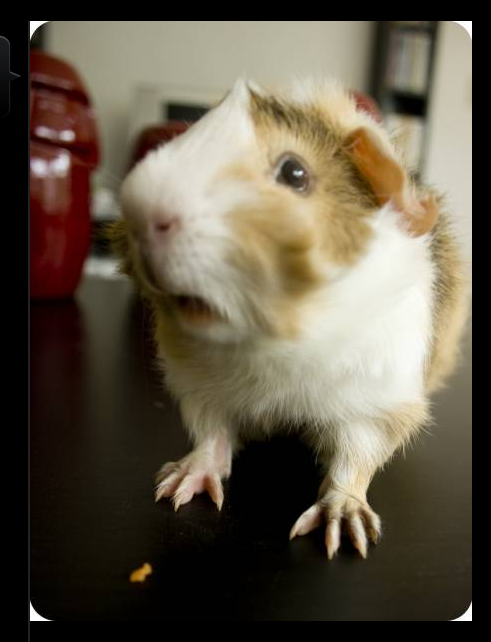 Note: this is not actually a picture of Duckling’s grandda.

1 thought on “What makes for a good week’s writing?”