What to write next?

Signing off on a book you have been working on for twelve months or so is both exciting and worrying. Exciting because it has all come together at last. Worrying because it raises that very difficult question, ‘What to write next?’

This year, the question was even harder than usual. Tasmania has been spared the worst of covid (so far at least), for which I am deeply grateful. And my problem was such a tiny one, in comparison with what so many other people are going through. But I spent the first six months of the year trying to work out what to write after A Clue for Clara.

I started three different books and gave up on them, either because they weren’t the right book, or because I couldn’t settle to anything. I think many writers and artists were finding the same thing. There was too much going on in the world, and no space in our heads for creating.

But about halfway through the year I realised that I really wanted to write a follow-up to Clara. Only this time, it would be narrated by a duck.

And so I started work on Rita’s Revenge.

One of my favourite things to do when I start writing a new book is find pictures that stand in for the characters. I build a collage, and refer back to it again and again, until the characters take on a life of their own.

Here’s my collage for Rita: 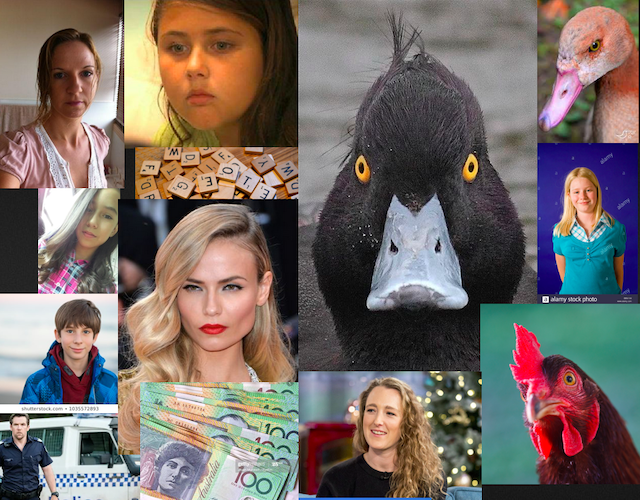 Like Clara, this is a book that makes me laugh. And the power of laughter feels like a good thing right now.

I hope you are all well and safe.

6 thoughts on “What to write next?”