It’s always interesting talking to a class that has read my books, because their questions are deeper and more specific. For example, at Warrane primary school last week, someone asked me, ‘Why does the magic in your books always involve wind?’

I had to think about that one. But yes, the boy who asked it was right, because Olga Ciavolga in Museum of Thieves had wind magic, and so does Duckling in Accidental Heroes.

So was this just me being lazy?

Not entirely. The two books are set in the same world, but in different parts of that world, so it made sense to me that there would be a similar sort of magic in two countries that are fairly close together.

But there’s another reason. Years ago, I wrote a play for the Tasmanian Symphony Orchestra’s wind section – they wanted a play for primary school students that would show off their oboes, clarinets, bassoons, etc. It was called I’ve Got Wind, and it was the story of Aphrodite Max, Technical and Safety Inspector for the 2002 Around the World Balloon Race, and Nigel Hastings, balloon adventurer. 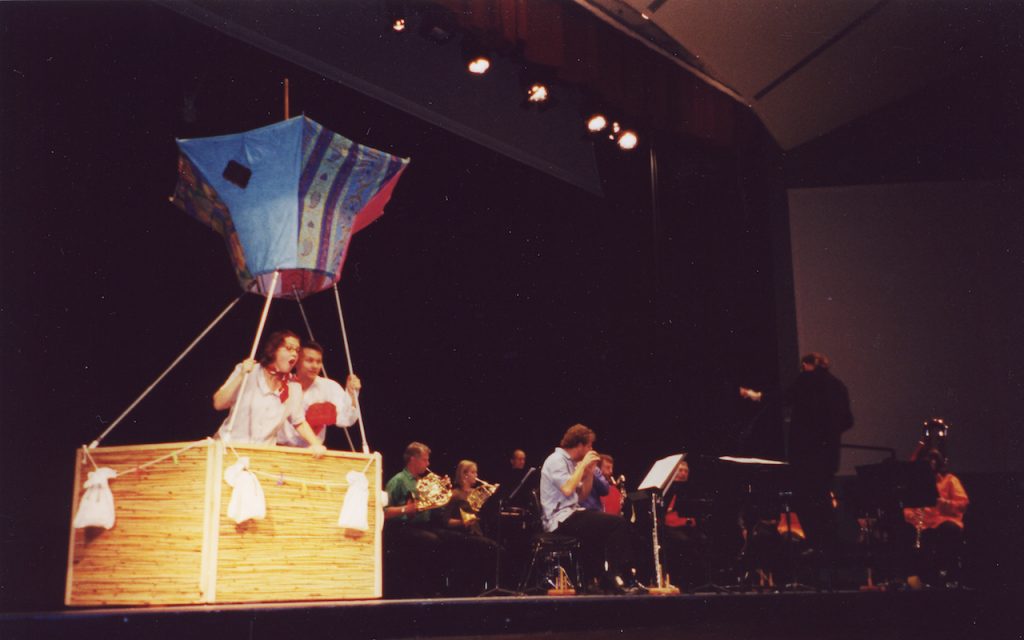 I did a stack of research before I wrote the play, and found out so much more about wind than I’d ever known or suspected. And that information keeps creeping into my books in the form of magic. Mind you, I think I’m done with it for now. There’s no wind magic in Alley Hunters, at least none that I know of.

The other question that surprised me at Warrane was, ‘Why do you always have rats in your books?’

I had to think about that one, too. And it’s not entirely true. Yes, my very first book was called Rats!.

And there was a rat dying of plague in Museum of Thieves. And Mister Smoke and Missus Slink were very important characters in Icebreaker and its sequels. But I think the kid who asked me was also including the mice in City of Lies and Accidental Heroes.

The easiest answer is that I don’t think I could write a book without an animal in it.

I particularly like talking animals for some reason – probably the leftover effect from reading The Jungle Book a hundred times when I was a child. And rats are – interesting. More intelligent than you expect. And loyal. More like little dogs.

Mice, not so much. But they’re cute and don’t take up much space, and can sneak around in a way that a lot of other animals can’t.

I think every writer has obsessions of one sort or another. I have heaps. I just never quite realised that wind and rats/mice were on the list. 🙂