The trouble with cats

I’m having a hard time with one of the neighbourhood cats. Don’t get me wrong, I love cats, most of all Harry, who has lived with me for the last five years. And before him, I’ve had cats for as long as I’ve been an adult.

But a cat just killed a baby bandicoot that was living in my garden, and I’m sad and furious. It’s not the first time this has happened – this particular cat is far too good a hunter, and has killed bandicoots, birds and blue tongue lizards. 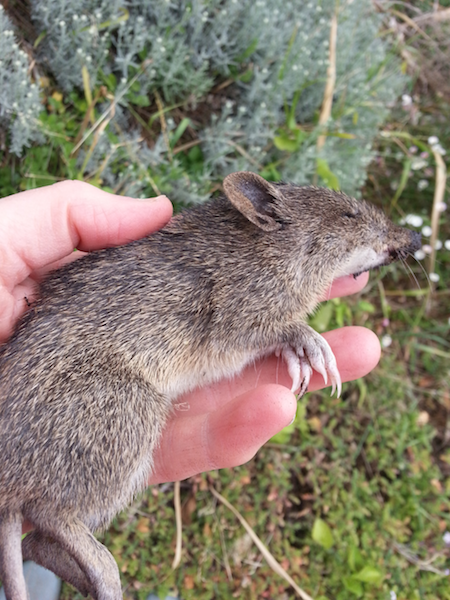 Years ago, I had no problem with cats roaming the neighbourhood. I just thought that was what cats did. But there’s so much information now about how many native animals and birds they kill, and the damage they do to wildlife, that I can’t ignore it.

Harry is too fat and lazy to hunt anything except cat biscuits. He spends his days lying inside in a patch of sun, instead of stalking birds and small mammals. But if he suddenly became a hunter, I’d build a wire run for him, so he could spend as much time as he wanted outside without harming anything.

The cat’s owner is a nice woman, and I know she’s worried about the wildlife too. I’ll have to go and talk to her. Poor little bandicoot.