I got a sneak peek of the new book,Accidental Heroes, this week and it looks wonderful. Here is Tracy (Tracey?) from Booktopia having a look at it, just after I arrived in Sydney. This is close to the final cover, but not quite. It will come out in hardcover first and paperback later. The illustration is by a Melbourne artist called Sher Rill Ng. She will be doing all three books in the Rogues series. 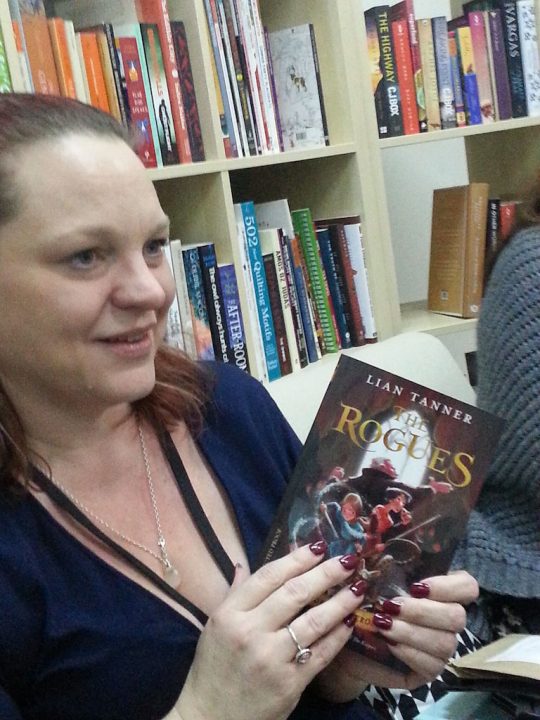 And here is the first afternoon tea, at a cute little place in Sydney called the Tea Cosy! (I ate too much.) 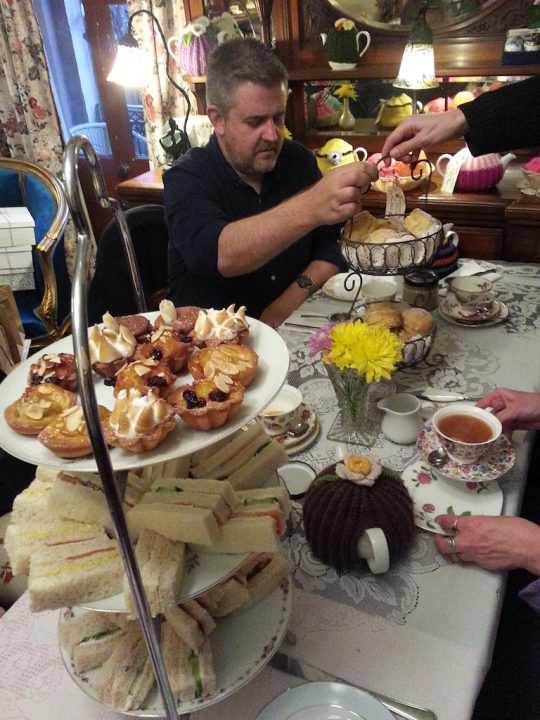 The second afternoon tea, in Melbourne, was equally wonderful, and they had a gorgeous collection of teapots. (I rather like teapots. If I was going to collect anything, which I’m not, it would probably be teapots.) I ate too much again. 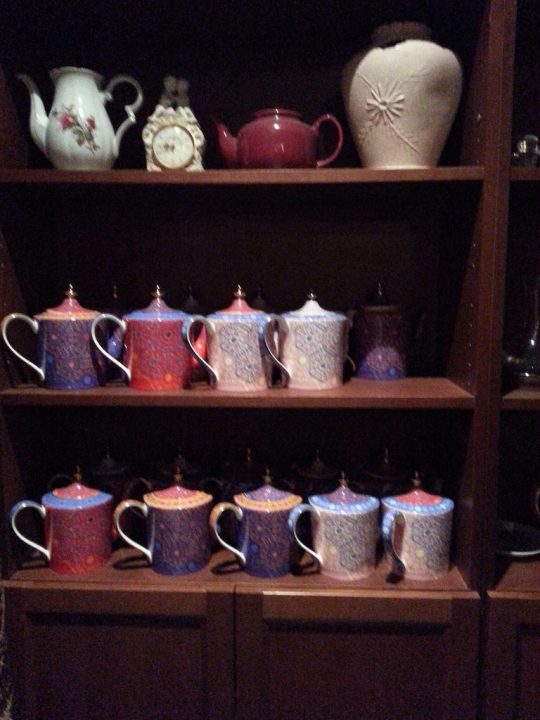 Now I’m home again, enjoying the solitude and the quiet after the bustle of the cities. And of course I bought some books, so I’m about to get stuck into reading them. 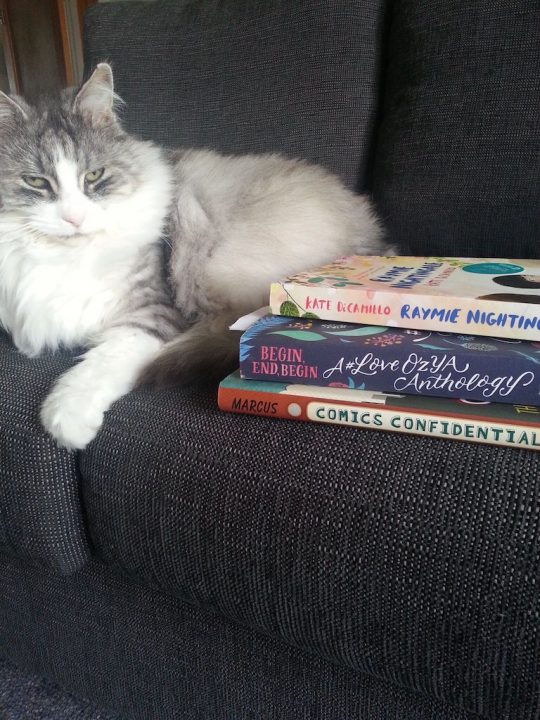 (Incidentally, I am told that Harry behaved himself very well this time. Last time I was away, he attacked my house sitter in the middle of the night and drew blood. I had to speak to him very severely.)