A book I wish I’d written

Back in 2010, when I was in India for the Bookaroo children’s literary festival, I met fellow Australian author Wendy Orr. I’d heard of her, because she had written the very well-known Nim’s Island, but this was the first time we had run into each other.

At the time, Wendy was talking about a book she wanted to write. I think at that stage it was still fairly vague, just an idea that had been hanging around her for a while.  But this year – and I’m sure it’s the same book – she published Dragonfly Song, the story of Aissa, an outcast girl in ancient times who becomes a bull dancer. 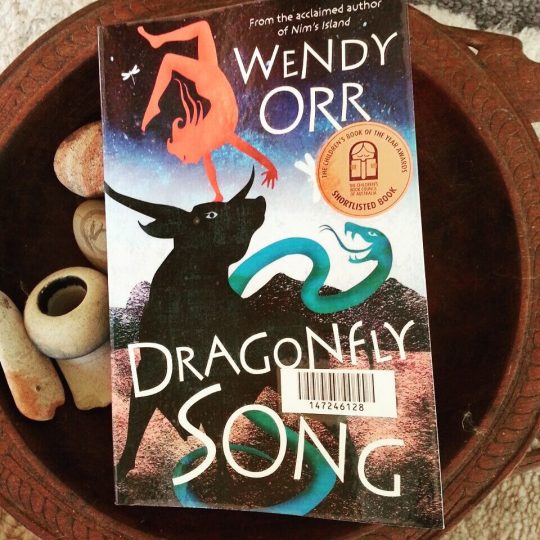 I particularly love stories that have the Cinderella framework – where someone goes from the very bottom of the heap to the top. Icebreaker was one of those stories, and Petrel continues to be one of my favourite characters because she overcame so much.  But right now, I’m wishing I had written Dragonfly Song. It kept me reading all yesterday when I was supposed to be doing a hundred other things – the writing is beautiful and the story is so moving. If you get a chance, check it out and let me know what you think.

2 thoughts on “A book I wish I’d written”