Last Saturday was Love Your Bookshop day, and I was invited to Dymock’s bookshop in Hobart, along with Katherine Scholes and Adrian Beck, to talk to people and answer questions. 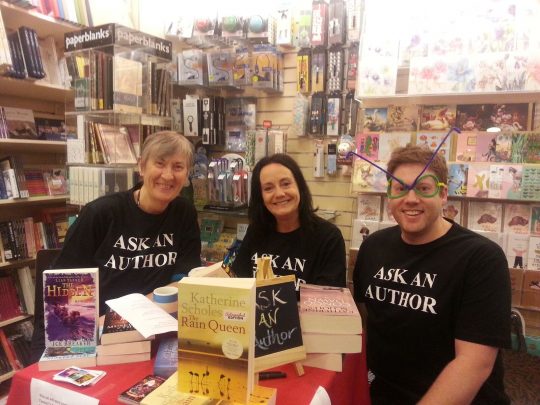 I was a bit worried that no one would have any questions for me, so I took along a competition, and whenever I saw a kid who looked as if they fitted somewhere between the ages of eight and sixteen, I grabbed them. This was the scenario: their best friend was trapped in a house with three entrances. One of the entrances was guarded by a vicious dog, one was guarded by two members of a criminal gang armed with knives, and the other one had three padlocks which were checked by one of the criminals every twenty minutes.

And the question? How would they rescue their friend, using trickery, not violence? (They only had to get through one of the gates, and could choose which one.) The prize was an advance copy of Accidental Heroes, the first book in the Rogues Trilogy, to be delivered to them some time in September.

At the end of two hours I had a stack of entries. 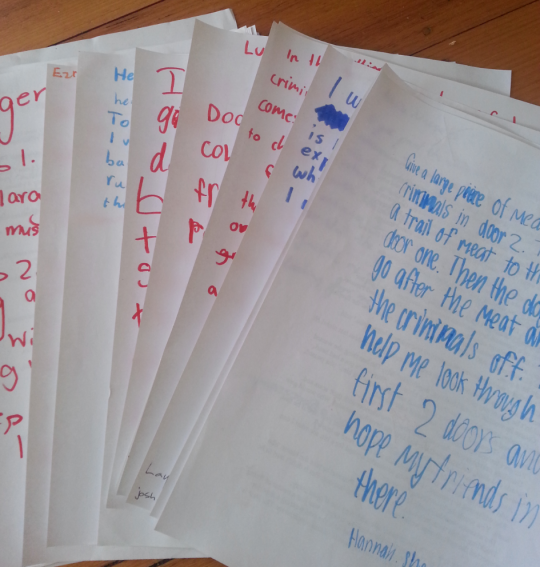 So when I got home, I settled on the sofa with a vanilla slice and made a short list. 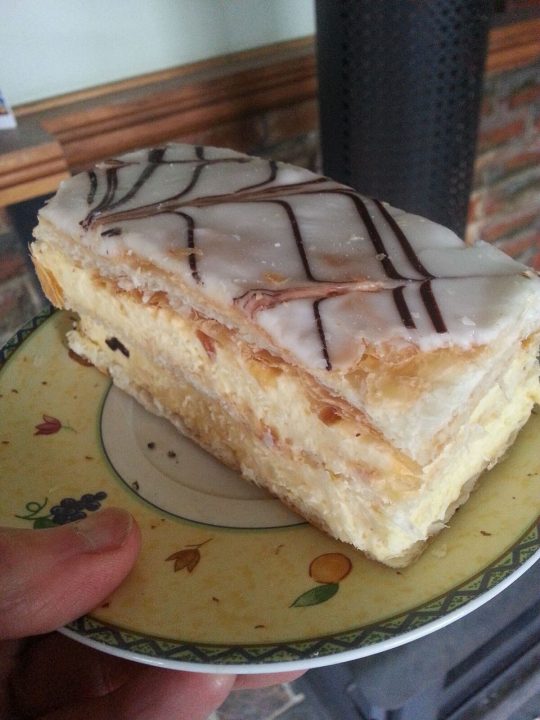 Most of the kids tried to get through the gate guarded by the dog, and the favourite method was to tempt it away with a bit of steak or something similar. But there were some clever variations on that. Here’s the shortlist. I haven’t chosen the winner out of these three yet.

3. I would call the pound, say that the dog is homeless, and then they would come and get the dog and while they were taking it away, I would run in and save my friend. (Layla)

Which one do you think should win?

2 thoughts on “Love Your Bookshop Day”