For me, the first chapter of a book is nearly always the hardest part to write. So much so that I sometimes leave it till last.

The first chapter has to grab people straight away. It has to introduce them to the main characters and give them some sense of what the story is going to be about. It has to intrigue them, so they want to keep reading.  That’s hard enough with a stand-alone novel, but with a series it becomes even harder, because there’s a whole lot of back story that needs to be fitted in somewhere.

I know The Rogues Book #2 needs to start with Duckling, because she’s the central character for the whole series – though Pummel comes a close second. But what I’ve got in Chapter 1 at the moment is a horrible mishmash that isn’t the least bit interesting.  It’s certainly not enough to keep people reading.

This has been annoying me all week.  But yesterday I was reminded of some questions that definitely help:

Every good story has a central question. What does your main character need more than anything else in the world, and what’s standing in their way? This is what drives the action. This is what grabs hold of the reader and keeps them reading late into the night.

I know exactly what Duckling wants at the beginning of Book #2. And there are a whole lot of things standing in her way – some she knows about, some haven’t appeared yet.  But this at last gives me a focus for that first chapter.

Meanwhile, the days are getting colder in Lauderdale – and Harry is doing situps in front of the fire. 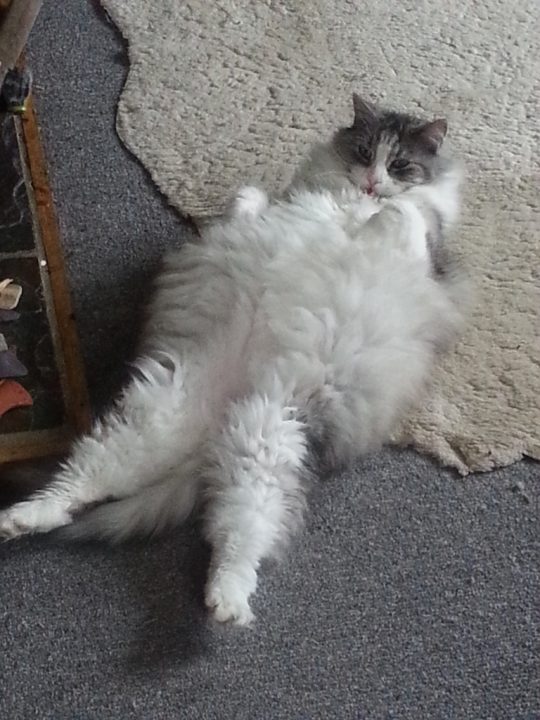