I can’t believe the launch of Ice Breaker is getting so close. Here’s part of my to-do list:

And that’s only the first bit! AND it’s only the Hobart launch. There’s still the Launceston one to be considered, a week later, although Fullers Bookshop do most of the work for me there.

In the middle of it all, I’m still writing Claw. Or Sunker. Or whatever it’s going to be called. (I think of it as Claw.) I wrote the final chapter last Friday, which was hard but satisfying. Now I have to go back through and check the emotional arcs of the main characters, and make sure they work. I’ll make the deadline, which I was a bit worried about for a while. 🙂

Meanwhile I’ve been hearing about a number of readers who dressed up as one of the Keepers characters for Book Week. Goldie No One seems to be a particular favourite, which doesn’t surprise me. I had a photo from Maya, who dressed as Goldie No One for her school Book Week parade. Here she is. Doesn’t she look terrific? 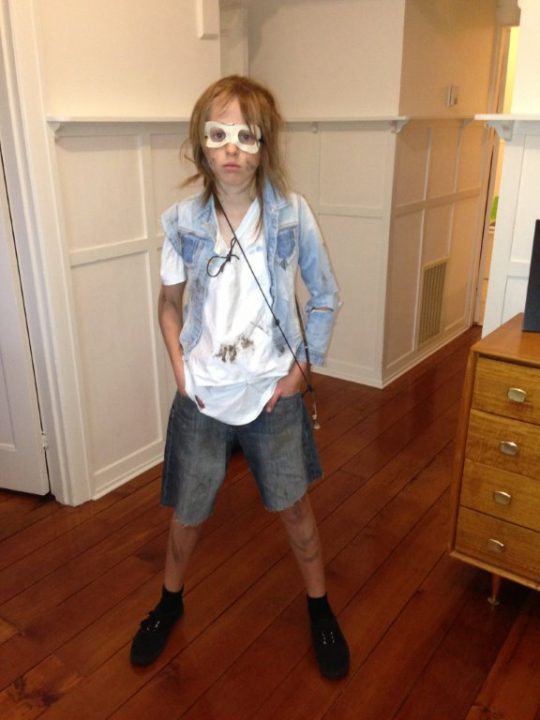 Goldie No One (aka Maya)

I haven’t done anything about getting Hidden bookplates made yet. I’ll get onto it this week. (Note to self: add bookplates to list.)