I went to a workshop yesterday, run by AGDA, the Australian Graphic Design Association. It was called ‘sketch noting’, which is using a mix of drawing and writing to record – um – anything.

The woman who ran it was a copywriter who wanted to get into the habit of doing more drawing. So she started keeping a visual diary when she travelled. She had really good ideas about where to start and how to get some kind of overall style for our pages. And she was very forgiving of the fear of the blank page!

We talked for a while, then went out to draw/write. My first couple of pages were fairly abysmal, because I was trying to draw people and they kept moving. And besides, I’m not very good at drawing people.

So then I went back to where the other workshop people were sitting, and set to work drawing their shoes. That was more fun, though it was really just drawing rather than sketch noting, and I had to ask a couple of them not to move their feet. 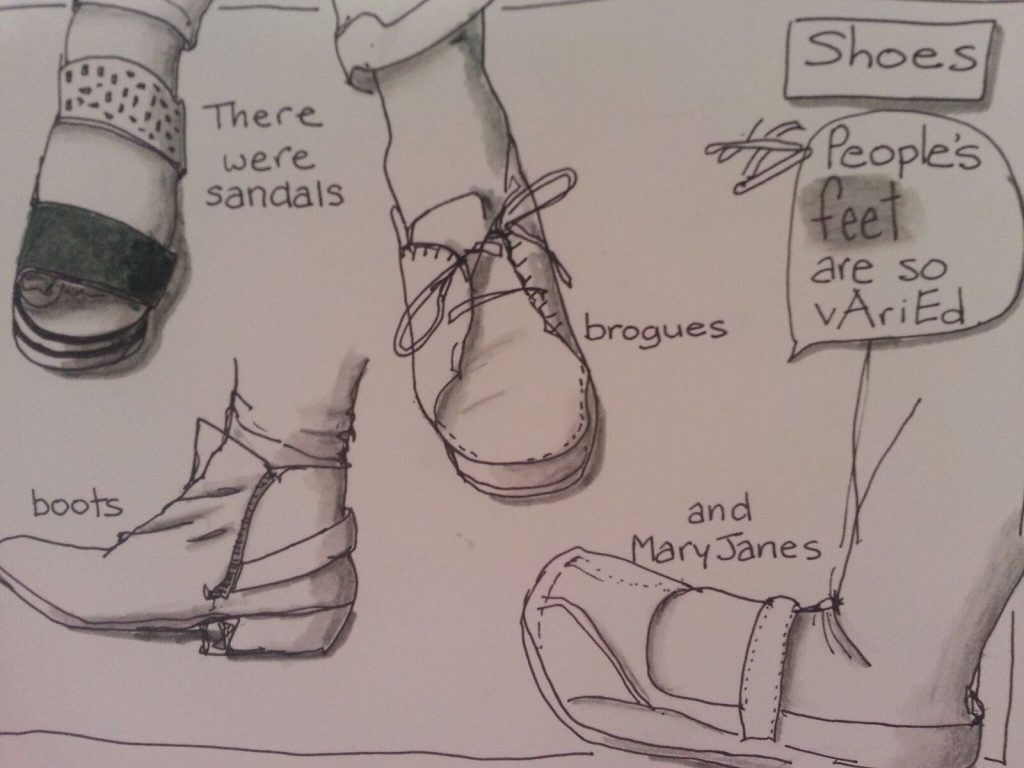 Of course part of doing this well is having some sense of design, which I have never had. But like most things, I’m assuming it can be learnt! Maybe that is part of 2019 – learning some design elements.

For YA. Murder, Magic and What We Wore by Kelly Jones. This was a really delightful mix of Regency spy mystery and magic, which has been done before (e.g. Mary Robinette Kowal), but not for young adults, as far as I know. It was a little repetitive in parts, but generally good, with plenty of humour and without all the angst that accompanies so much writing for YA. 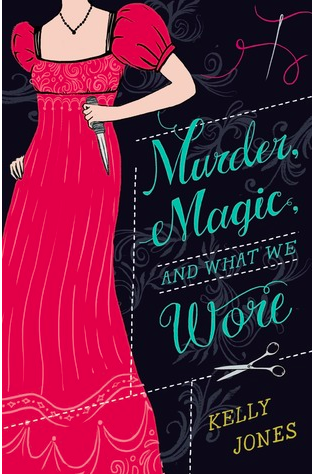