To tell or not to tell

I was having dinner with some friends the other night, and I mentioned that I’d started a new book and was feeling really excited about it. So they, naturally, asked me what it was about. And I had to say, ‘I can’t tell you.’

So then they asked the title. And I had to say, ‘I can’t tell you that, either. Because it would give too much away.’

That’s been a rule of mine for years now. And every now and again – like the other night – I’m tempted to put it aside. Because when I’m so excited, I really want to tell people why I’m excited. I want to tell them about the ideas that are nibbling at me, and how much fun I’m having with the characters, and my vision for the book. And the utterly brilliant scene that I thought of just this morning.

But I try very hard to control myself, and not say a word. For three reasons.

Firstly, it never sounds anywhere near as good when I talk about it as it does in my head. In fact, if I try to describe it, it usually comes out dull and flat, like a cake that has sunk in the middle. And I’m left wondering, Why did I ever think that was a good idea?

Secondly, there’s always a chance that it won’t work, and that my early excitement will turn out to be a fizzer. I have a number of wonderful beginnings that have never got past that stage, and it’s downright embarrassing to be raving about a book one day, and have to confess that it didn’t work out the next.

Thirdly – and this is the most important reason – there’s a good chance that if I talk about it, I won’t write it. This isn’t so true when I’ve nearly finished the book, but it’s critical in the earlier stages.

I’ve talked to other authors about this, and most of them say the same thing: one of the main things that keeps them going through all the difficulties and the frustration and the solitude of writing a book is the need to tell the story. And if they talk about it, some of that need leaks away.

It’s as if there’s a certain amount of fuel for each story. And you have to keep hold of it, store it up to get you through the long journey, especially the hard parts of that journey when the wolves of self-doubt are snapping at your heels. Otherwise you might find yourself stranded in the snowy wastes, with the horses flagging and the wolves leaping up onto the sleigh … 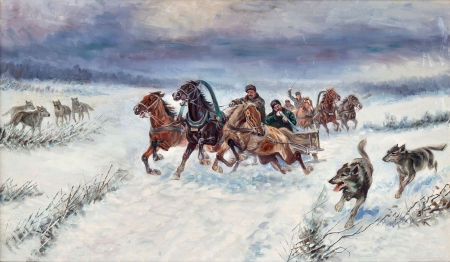 So – I’ve started a new book and I’m really excited about it. I can tell you that it’s a standalone rather than a trilogy. And that it’s middle grade, like pretty much everything else I write. But that’s it. No more information. Nada. Zilch. You’ll just have to wait. And so will I.

For children. Regarding the Fountain, by Kate Klise. This has been around for a while – it was written in the 1990s, I think. It’s the hilarious story of the Dry Creek Middle School drinking fountain, and what happens when it springs a leak. It is written entirely in letters and memos, which doesn’t always work for me. But this is so well done, and the characters shine through their writings. 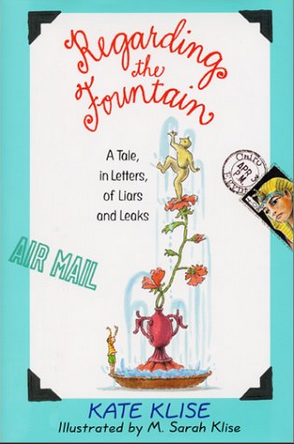 For adults. The Hate Race by Maxine Beneba Clarke, a memoir about growing up black in Australia. It’s a heartrending story about the cumulative effect of casual (and not so casual) racism, and its dismissal by so many adults as ‘just teasing’. Clarke is a terrific writer, and conveys the confusion and pain of the child she was with great clarity. An important book for Australians to read.

Also, Clockwork Boys by T Kingfisher (Ursula Vernon). I loved Nine Goblins so much that I set out to read the rest of her books. And this one is not a disappointment. She writes funny, complex fantasies about deeply fallible characters in grungy, violent worlds. Just the sort of thing I like.