For those of you in Tasmania, the various Lincs/libraries are running some writing workshops in the July school holidays. These are designed to tie in with the 2016 Young Creative Writers Award, which is run by the Commissioner for Children. 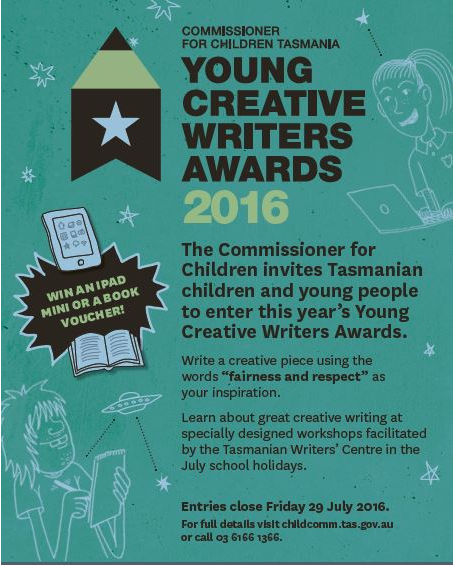 There will be workshops in the North, Northwest, West and South for various age groups. I’ll be running two at Rosny Linc, one for 12-14 year olds and the other 15-17 year olds. We’re still working out dates and times, but I’ll have them by next weekend and will post them then.

Also at Rosny, Julie Hunt is running workshops for 5-8 year olds and 9-11 year olds. There will be various other authors around the state.

1 thought on “Writing workshops for kids”