One of my favourite things to do is stand up in front of an audience and tell stories. It satisfies my occasional hankering for acting, and also the bit of me that likes showing off.

So last week I got to do a LOT of it.

Byron Bay Writers Festival has to be one of the best festivals in Australia. The setting is so beautiful, and the whole thing feels very relaxed – though I suspect quite a few people are pedalling very hard behind the scenes.

The schools festival comes first, with three days of authors touring around in pairs, talking to large numbers of kids. Each time, several kids came up to me afterwards and asked, ‘Was the story about the dynamite true?’ And yes, it was.

I was paired with Matt Stanton, author of the Funny Kid series. And he really is funny, both in his books, and in his presentations. Plus he’s nice, which is always a bonus when you’re spending a few days with someone.

On the Friday, I was on a panel with Matt and Oliver Phommavanh (another funny writer), talking about whether children’s stories should always have a happy ending. 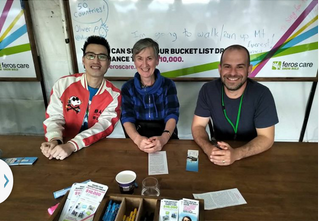 On Saturday, I went whale watching! It was excellent timing, because we were right in the middle of humpback whale migration season. We saw a baby whale who hadn’t quite worked out how to use its tail yet, and was being guided along by its very patient mother, and a whole bunch of adult whales who swam right up to the boat and dived underneath us and stuck their heads out of the water to have a look at us, and generally spent about forty-five minutes watching us as closely as we were watching them. 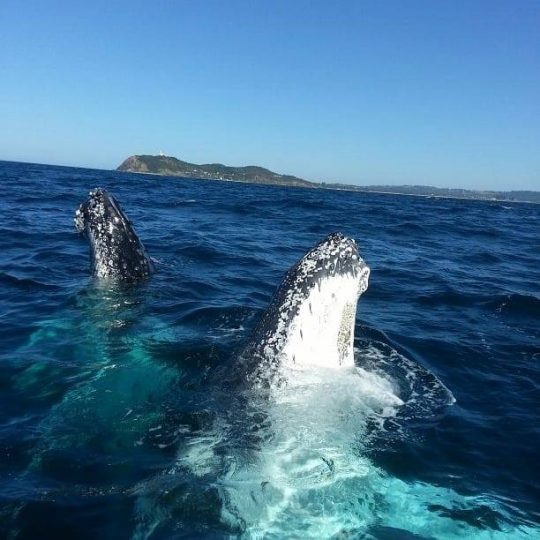 It was amazingly wonderful. Even the bloke who owned the boat and had been doing trips like this for eight years was jumping up and down with excitement.

After Byron Bay, I went to Sydney for a couple of days to visit bookshops and talk in schools. That was fun, too. It’s always a delight visiting booksellers, most of whom are so passionate about what they do.

I’ll be in Sydney again for Book Week. In the meantime, I’m writing talks, writing workshops and sowing tomatoes. And the Book That Wants To Be Written Next is gradually becoming clearer in my mind.