One of the hardest things about writing a first draft is accepting that a lot of it is going to be rubbish. I really struggle with this; a part of my brain is always urging me to go back and fix what I know I’ve got wrong.

But my more sensible self tells me to make a note and keep going. Because there are things about this story that I don’t know yet – things that will surprise me, no matter how carefully I’ve done the plotting – and if I go back and fix things, I might never learn them. And besides, I need to see the whole thing before I start making changes. 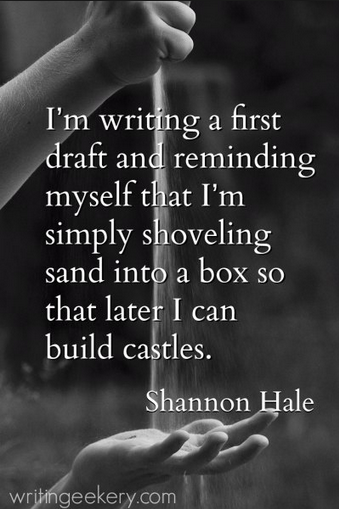 So that’s where I am at the moment with the new book – which I haven’t actually told you about yet because up until a few weeks ago it was one of my many secret projects.

But really, it’s no longer a secret because I’ve told my agent about it and shown her the first part of it. So it’s probably time to tell you, too, though I haven’t got a contract for it yet.

It’s a standalone children’s novel, not a trilogy. It’s going to be a little bit shorter than my usual books – about 40,000 words instead of 60,000. It’s called Alley Hunters. At least, that’s its working title. And I’m well into the first draft, and trying to resist the temptation to go back and fix what’s not working.

For adults: Saga Land by Richard Fidler and Kári Gísladon. This is a mixture of Richard’s and Kári’s trips to Iceland, and the sagas they are following. I was a bit confused about the sagas – I had them mixed up with the legends of the Norse gods, Odin and Thor, etc. But really they are family stories that have been passed down through the centuries. They’re hugely bloodthirsty, and full of revenge killings, blood feuds, ambition and death. So – entertaining from a distance, but I wouldn’t want to have lived there.

I’m also reading the free stories that Kristin Kathryn Rusch offers to people who subscribe to her blog. She writes under a number of different names, so she has included a whole lot of different stories, to give people a taste of what she does. It’s a mix of detective stories, science-fiction, romance and a bunch of other stuff, and it’s interesting to see someone writing so widely. It also makes my offer of a single story to subscribers look a bit pitiful, so I might have to see if I can dig out some more stories. I’m feeling challenged here!

How about you? What are you reading? Anything good? I’m always looking for recommendations.