Back in 2010, when Museum of Thieves first came out, I had the rather nice problem of how to get my signature to interstate/overseas readers who wanted it. Some authors send postcards, but I really liked the idea of signed bookplates, which people could stick inside the front of their books.

So I asked Sebastian Ciaffaglione, the artist who did the Australian cover and all the character drawings for the Keepers trilogy, to design them for me. And they were gorgeous. 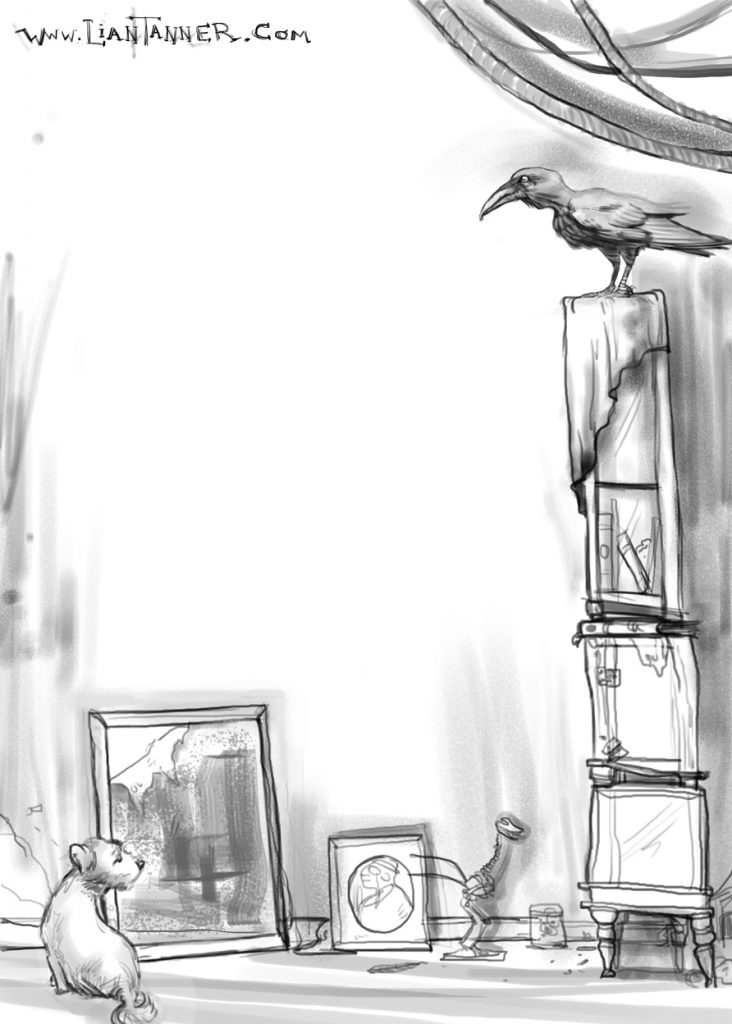 Sebastian also did some for the Hidden/Icebreaker series, with the delightful Mister Smoke and Missus Slink. But when I came to the Rogues, I suddenly realised that it would make a lot more sense to get a bookplate that wasn’t tied to a particular book/series. And then I could keep using it for as long as I liked.

Sher Rill Ng did the covers for the Rogues trilogy, so she was the one I asked to design them. I didn’t really know what I wanted, so I asked her for something that said fantasy/adventure; something a bit quirky. She sent me some roughs, and one of them had a cat sitting next to a pile of books, which I really liked, but I also realised I wanted a sword in there somewhere. 🙂

And this is what she came up with. 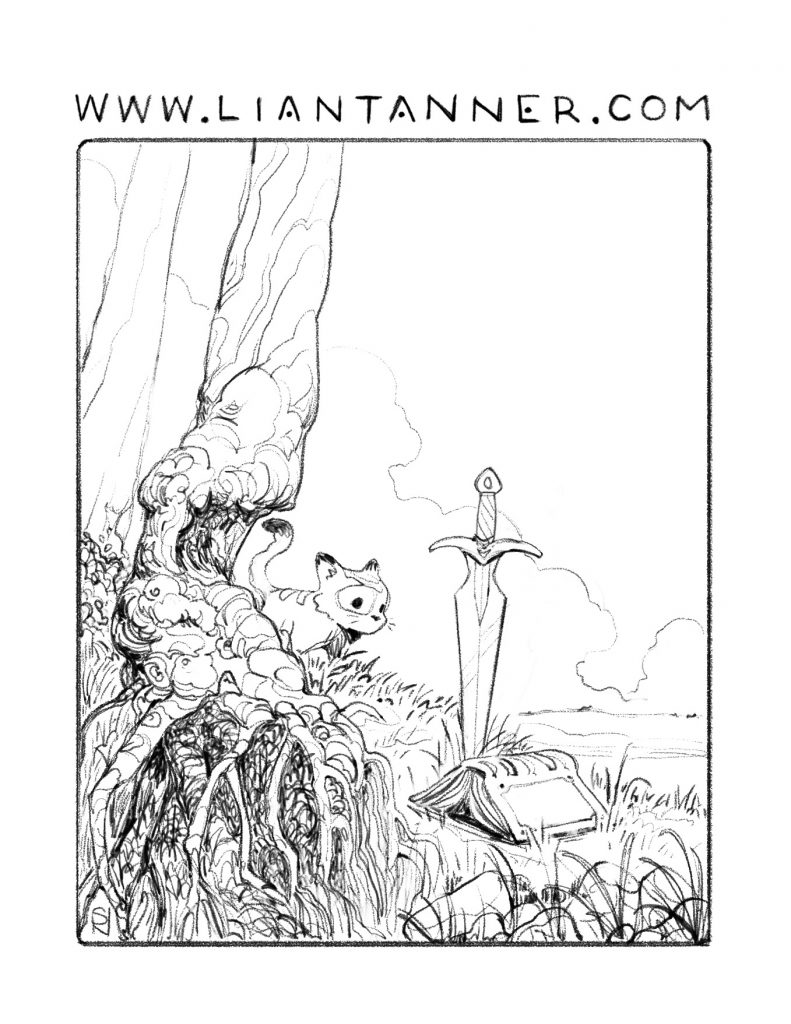 Isn’t it beautiful? I’m so very very happy with it. I went ahead and ordered the bookplates, and they arrived from the printer last week. So if you’d like one or two or three, leave a message below and I’ll email you for details and your address.

I’ll also put these up on the Free Stuff page, so if you suddenly have a fit of longing for them in six months time, you don’t have to flick back through all the blog posts to find them.

For YA/adults: One of the best things I read this last week was a novella called Nine Goblins, by T Kingfisher (who writes for younger readers under what I assume is her real name, Ursula Vernon). It’s described as ‘low fantasy – very low fantasy’, and it’s hilarious. The goblin warriors are utterly delightful, the writing is terrific, and I’m recommending it to everyone because I really want everyone to read it.

‘For a goblin, Murray was a genius. He’d washed out of the Mechanics Corps for being too good at his job. Goblins appreciate machines that are big and clunky and have lots of spiky bits sticking off them, and which break down and explode and take half the Corps with them. That’s how you knew it worked. If it couldn’t kill goblins, how could you trust it to kill the enemy?’